Mandy Nolan & Ellen Briggs are two of Australia’s funniest & most loved comedians who have teamed up in this award nominated show that has sold out at multiple venues all over Australia & delivers a laugh every 30 seconds! Nominated for “Best Comedy” FRINGE WORLD 2018 ★★★★ Glam Adelaide, 2016 ★★★★ We Know Melbourne, MICF 2016.

There are few sacred cows that Briggs & Nolan shy away from milking, pushing the bucket of popular opinion under the teats & then the jokes start flowing! Audiences are declaring this is one of the most hilarious shows they’ve ever seen. “The show is like therapy, but much more fun and a heap cheaper!”

“Mandy Nolan is hilarious with a wicked sense of humour!” Olivia Newton-John 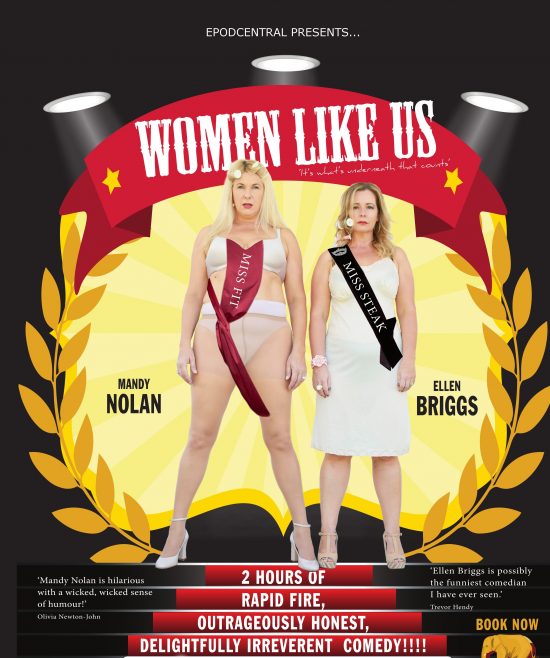